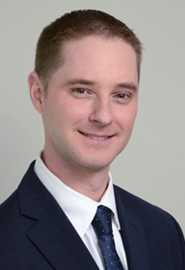 Adam L. Benshoff is Vice President, Regulatory Affairs for the Edison Electric Institute, where he oversees EEI’s engagement and strategy on economic regulatory issues at both the Federal Energy Regulatory Commission (FERC) and state public utility commissions.  Prior to his current role, Adam served as Deputy General Counsel, State and Federal Regulatory, where he represented EEI and its members in proceedings before state utility commissions on issues such as distributed generation, rate reform, smart grid, and storage.  Adam also represented EEI members in front of federal regulatory agencies, including FERC, the Department of Energy, and the Environmental Protection Agency on important industry issues.

Prior to joining EEI, Adam worked for National Grid, where he provided general regulatory and compliance counsel on matters before FERC, North American Electric Reliability Corporation, and other federal and state agencies for all of National Grid’s US subsidiaries.  Adam has also spent time in private practice with the law firm of McNees Wallace and Nurick where he represented the interests of commercial and industrial end users in electric, natural gas, and water proceedings before a number of state utility commissions as well as at FERC.

Adam holds dual Bachelors Degrees in English and Speech Communications from The Pennsylvania State University and a Juris Doctorate from the Boston University School of Law.