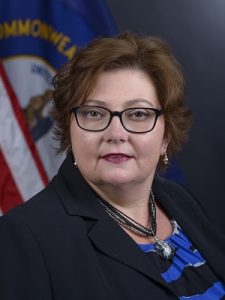 In addition to nearly two decades of government service, Commissioner Mathews has worked in the private sector as executive vice-president of Engineering Consulting Services, Inc., of Lexington and as the director of member services and advocacy at the Organization of MISO States. She has held several adjunct teaching positions in economics and public policy.