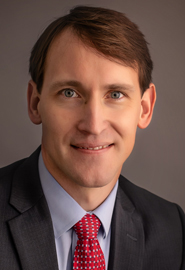 Before his work in the utility industry, Tom worked in higher education as a college business instructor at Southwest Baptist University in Missouri and LCC International University in Lithuania. Tom has also served as an adjunct instructor at the University of Arkansas at Little Rock.

Tom earned a Master of Business Administration from Southern Methodist University and a Bachelor of Science in Economics and Finance from Southwest Baptist University.

Tom and his wife, Ashley, have four children and live in Bentonville, Arkansas.