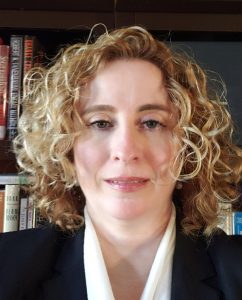 
Tennessee Office of the Attorney General

Karen is an Assistant Attorney General with the Tennessee Office of the Attorney General, Division of Consumer Protection and Advocate.  In this role, she focuses on proceedings before the Tennessee Public Utility Commission (TPUC), which is responsible for regulating Tennessee’s investor-owned utility companies.  The Consumer Advocate seeks to enforce laws applicable to public utilities, to remove barriers to competition in public utilities markets, and to seek a healthy balance between regulation, competition, and the public interest.  It participates in regulatory proceedings before TPUC and monitors complaints filed against various utilities in the state.

Karen began her legal career with the Tennessee Department of Environment and Conservation where she held various titles and job responsibilities including Deputy Commissioner of Environment, Assistant Commissioner, Managing Legal Counsel and Deputy General Counsel.   She also previously worked in the Attorney General’s Office in the Law Enforcement and Prosecution Division.

Karen is a graduate of Mississippi University for Women, where she majored in Biology.  She attended law school at the Cecil C. Humphreys School of Law at the University of Memphis.