FRI has selected David K. Owens as recipient of the 2021 Crystal Award for Distinguished Service. 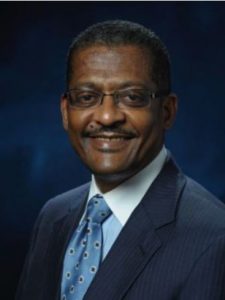 Owens is President and Energy Consultant at Da’VAS, LLC. He retired in 2017 as Executive Vice President of the Edison Electric Institute (EEI).

He is an accomplished executive with extensive experience in public policies surrounding utility operations, strategic planning, technology development, rate making and regulation. He is recognized as one of the foremost authorities on electric utility issues, industry restructuring and transformation.

Owens has a long history of contributions to the utility industry. During his 37 years with EEI, he led efforts over a broad set of issues that affect the future structure of the electric industry and new rules in evolving competitive markets. He has frequently appeared before U.S. Congressional Committees, testified in more than 50 proceedings on energy issues before state bodies, lectured at universities across the nation, made hundreds of presentations in business forums, and frequently appears on television and radio. He served with the Emergency Response Center at the Federal Emergency Management Agency during superstorm Sandy to help oversee and direct efforts for restoration of electric service. He recently served as Co-Chair of the Puerto Rico Electric Power Authority’s Transformation Advisory Committee to help guide the future of Puerto Rico’s power system. Prior to EEI, he served as Chief Engineer for the Division of Rates and Corporate Regulation with the Securities and Exchange Commission where he actively participated in major proceedings involving utility mergers, electric integration issues and utility financial disclosure.

As the first African-American to hold an officer title at EEI, Owens always has been unfailingly generous with his time and knowledge, mentoring generations of young men and women in their own energy careers. He also was a driving force behind the emergence of the American Association of Blacks in Energy. He has received numerous honors and recognitions for his years of service and contributions to the utility industry and public policy.

Owens serves on Xcel Energy’s board of directors and as an Independent Director for Puerto Rico Electric Power Authority . In addition, Mr. Owens has served on Boards of the National Academy of Sciences, past Chairman of the National Institute of Standards and Technology Smart Grid Advisory Committee, and he is an active member of a number of professional and community-based organizations.

The FRI Crystal Award was created to recognize an individual who has made outstanding and sustained contributions to the design, implementation or analysis of public utility regulatory policy. The award is presented annually during the FRI Public Utility Symposium. This year’s official award is co-sponsored by the American Petroleum Institute and an anonymous industry contributor.