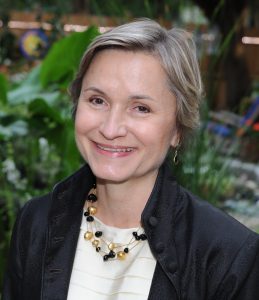 Ann McCabe was appointed to a five-year term at the Illinois Commerce Commission starting February 1, 2022. She previously served on the Commission from March 2012-January 2017.

Prior to returning to the ICC, for two years Ann led the US team at the Regulatory Assistance Project (RAP), a non-profit that advises state utility regulators, staff and stakeholders. She has over 25 years of energy and environmental policy and regulatory experience in the public, private and non-profit sectors.

In her prior term, Ann focused on grid modernization, power transformation, regional transmission, and nuclear issues. She was president of the Organization of PJM States, Inc. (OPSI) and of the MidAmerica Regulatory Conference (MARC) boards and chaired the Nuclear Issues Subcommittee of the National Association of Regulatory Utility Commissioners (NARUC).

Ann has master’s degree in public policy from the University of Chicago's Harris School and a bachelor’s in political science from Williams College.