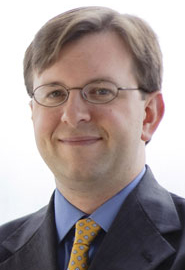 Christopher J. Ayers was appointed executive director of the North Carolina Utilities Commission Public Staff on July 1, 2013, and was reappointed on July 1, 2019. The Public Staff is the state utility consumer advocate and represents the using and consuming public in electric, gas, water and wastewater matters before the North Carolina Utilities Commission.

Prior to joining the Public Staff, Chris was a partner with the law firms of Poyner Spruill LLP from June 2009 to July 2013 and Hunton & Williams LLP from August 2003 to June 2009, where he focused on utilities and environmental regulation, litigation, regulatory compliance and administrative law. He served a two-year term on the North Carolina Environmental Management Commission from July 2011 through June 2013. Chris also served as a law clerk for the Hon. Linda McGee of the North Carolina Court of Appeals.

Chris is active in various professional organizations and currently serves on the executive committee for the National Association of State Utility Consumer Advocates, the Consumer Advocates for the PJM States Board of Directors, the Department of Energy Electricity Advisory Committee and the Critical Consumer Issues Forum Advisory Committee. Chris also serves on the Board of Directors of the State Employees Credit Union.

Chris and his wife Rebecca reside in Apex, North Carolina.