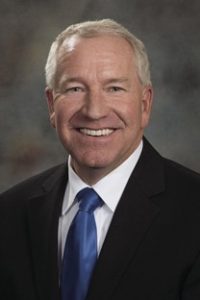 Dan Watermeier was elected to the Nebraska Public Service Commission (PSC) in November 2018 for a six-year term representing District 1, comprised of eight counties in Southeast Nebraska. Prior to joining the Commission, he served as a state senator in the Nebraska Unicameral from 2012-2018.