We are pleased to welcome Commissioner Maria S. Bocanegra from the Illinois Commerce Commission (ICC) to the FRI Advisory Board. Commissioner Bocanegra replaces Commissioner Emeritus Sadzi Oliva as the ICC’s representative on the FRI Board. 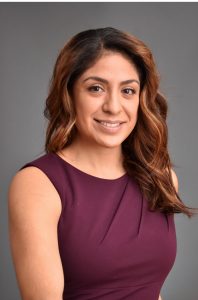 Commissioner Bocanegra was appointed to the Illinois Commerce Commission on April 8, 2019 to a four-year term and confirmed by the Illinois Senate on May 31, 2019.

Commissioner Bocanegra is an accomplished, well-respected attorney with prior public service in both Democratic and Republican administrations. She most recently served as Arbitrator at the Illinois Workers’ Compensation Commission. There, she managed a docket of nearly 3,000 claims, presiding over various matters including pre-trials, trials, settlements, dismissals, attorney fee disputes along with collateral issues involving Medicare and Social Security.

Previously, Bocanegra held the Public Seat on the Labor Advisory Board for the Illinois Department of Labor, participating in critical meetings regarding various laws and issues affecting Illinois workers, including those laws enforced by the Department of Labor. She also formerly worked as an attorney with Katz Friedman, where she handled workers’ compensation and personal injury claims.

Commissioner Bocanegra earned her Juris Doctor from DePaul University College of Law and her Bachelor of Arts in Political Science from Quincy University. She is fluent in Spanish and is the first in her family to obtain a college degree.